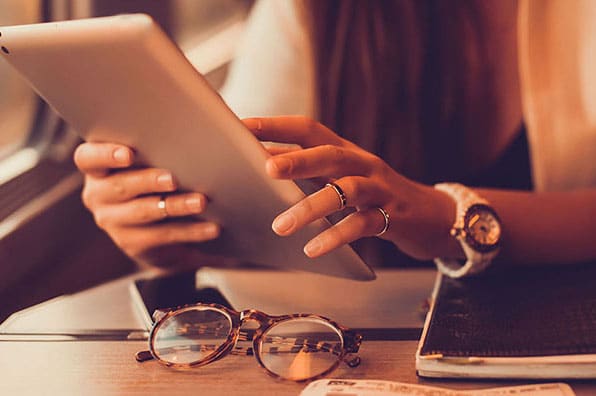 With the Cubs winning the 2016 World Series, there is a lot of talk in Chicago about the specters of the billy goat and the infamous Bartman finally being vanquished.1 With one final victory, on November 2, 2016, Chicago Cubs fans finally let out a sigh of relief and put their 108-year nightmare to rest.2 Cubs fans weren’t alone in experiencing this relief though. That very week, lenders in Florida had the opportunity to celebrate a similar victory over their chief rival, those who default on their mortgages.

Bartman, meet Bartram, as in Mr. Lewis Bartram, the Florida man who instead of famously disrupting a routine foul ball, committed a similarly egregious act by failing to make his mortgage payments and attempting to garner a windfall by taking advantage of a neglected foreclosure action. Luckily, on November 3, 2016, a day after the Cubs excised Bartman by winning the 2016 World Series, the Florida Supreme Court handed down its decision in Bartram v. United States Bank Nat’l Ass’n, 2016 Fla. LEXIS 2424 (Fla. Nov. 3, 2016), which had a similar effect on Mr. Bartram.

In February 2005, Mr. Bartram executed a standard form installment mortgage that provided for both the optional acceleration of the sums secured by the mortgage as well as the borrower’s right to reinstate the mortgage by curing any default.3 Installment payments under the mortgage were to continue until March 2035.4 In January 2006, less than a year after receiving the loan, Mr. Bartram stopped making payments on his mortgage.5 Shortly thereafter, in May 2006, the lender filed a foreclosure suit on Mr. Bartram’s residential property, which served as security for the mortgage.6 The lender’s foreclosure suit exercised the mortgage’s acceleration clause and declared the full amount payable under the note and mortgage to be due.7 For an unspecified reason, this foreclosure action languished.8 Nearly five years later, on May 5, 2011, the foreclosure suit against Mr. Bartram was involuntarily dismissed due to the lender’s failure to appear at a case management conference.9

A year after the original dismissal, as part of a cross-claim in another foreclosure proceeding, Mr. Bartram sought a declaratory judgment to cancel the mortgage and quiet title to the property.10 Mr. Bartram asserted that the applicable five-year statute of limitations, set forth in F.S. §95.11(2)(c), barred the lender from bringing another foreclosure action.11 The trial court agreed with Mr. Bartram, who had not made a mortgage payment since 2006, and granted summary judgment in his favor against the lender.12 The trial court cancelled the note and mortgage and released the lender’s lien on the property.13

The lender appealed the trial court’s decision to the Fifth District Court of Appeal, arguing that even though it had accelerated the amounts due on the mortgage at the outset of its original foreclosure, the dismissal of that foreclosure had served to de-accelerate the mortgage, thus, reinstating its installment nature.14 In response, Mr. Bartram argued that the trial court’s decision should stand because the lender’s acceleration of all payments due in the first foreclosure action triggered the statute of limitations for all future payments at that time.15 Essentially, Mr. Bartram argued that, for statute of limitations purposes, each foreclosure proceeding should act as a one-game, winner-take-all series, and since he had won the first game (i.e., foreclosure), he should never have to repay the lender.

In considering these arguments, the Fifth District Court of Appeal analyzed the Florida Supreme Court’s decision in Singleton v. Greymar Assocs., 882 So. 2d 1004 (Fla. 2004), which held that res judicata did not bar a lender from foreclosing on a mortgage based on defaults occurring subsequent to the dismissal of a prior foreclosure proceeding regardless of whether the lender sought to accelerate payments on the note in the first suit.16 Although the Singleton decision did not deal with statute of limitations issues, the Fifth District Court of Appeal found that the Florida Supreme Court’s reasoning in Singleton was applicable to the case at bar.17

In affirming the reasoning of the Fifth District Court of Appeal, the Florida Supreme Court answered this certified question in the negative.20

The Florida Supreme Court began its analysis of the question presented by the Fifth District Court of Appeal by reviewing its decision in Singleton.21 The Court pointed out that Singleton quoted with approval the Fourth District Court of Appeal reasoning in Capital Bank v. Needle, 595 So. 2d 1134 (Fla. 4th DCA 1992), that a final adjudication in a foreclosure proceeding “merely bars a second action relitigating the same alleged default.”22 The Court further reemphasized Singleton’s common-sense rationale that:

“If res judicata prevented a mortgagee from acting on a subsequent default even after an earlier claimed default could not be established, the mortgagor would have no incentive to make future timely payments on the note. The adjudication of the earlier default would essentially insulate her from future foreclosure actions on the note — merely because she prevailed in the first action. Clearly, justice would not be served if the mortgagee was barred from challenging the subsequent default payment solely because he failed to prove the earlier alleged default.”23

The Court acknowledged that a foreclosure proceeding’s unique nature as an equitable remedy necessitated the result in Singleton, which stood for the proposition that, for res judicata purposes, a lender’s failure to foreclose on one alleged default did not mean that the borrower had successfully defeated his or her continuing obligation to make payments on the note.24 Just like in the World Series, a loss in game one doesn’t serve as res judicata on the entire series.

The Court found that in the statute of limitations context, consistent with its reasoning in Singleton, “each subsequent default accruing after the dismissal of an earlier foreclosure action creates a new cause of action, regardless of whether that dismissal was entered with or without prejudice.”28 The Court reached the conclusion that even if the lender’s prior foreclosure action was dismissed with prejudice, the lender could still proceed forward with a subsequent foreclosure so long as that foreclosure was based on new defaults that were themselves not barred by the statute of limitations.29 The Florida Supreme Court reasoned that:

“Whether the dismissal of the initial foreclosure action by the court was with or without prejudice may be relevant to the mortgagee’s ability to collect on past defaults. However, it is entirely consistent with, and follows from, our reasoning in Singleton that each subsequent default accruing after dismissal of an earlier foreclosure action creates a new cause of action, regardless of whether that dismissal was entered with or without prejudice.”30

This finding applies even if the lender attempted to exercise the mortgage’s acceleration provision, thus, making all amounts under the mortgage due subject to the borrower’s rights of reinstatement.31 The Court found that its conclusions were “buttressed” by the mortgage’s reinstatement provision because it “granted the [borrower], even after acceleration, the continuing right to reinstate the mortgage and note by paying only the amounts past due as if no acceleration had occurred.”32 The Court reasoned that the existence of this provision showed that the acceleration of all amounts due did not truly occur until final judgment was entered.33 This supported the Court’s conclusion that the dismissal of a foreclosure with or without prejudice only serves to place the parties back in the same contractual relationship with the same continuing obligations.34 Therefore, the borrower had the continuing obligation to make any mortgage payments that did not serve as the predicate for the first foreclosure, including those that accrued after the first foreclosure’s dismissal.35 If the borrower fails to make those payments, the lender has the right to foreclose based on those subsequent defaults.36

Consistent with Singleton, this holding was necessary to prevent borrowers from achieving a significant windfall by permanently cancelling their obligations to repay loans because of one failed foreclosure and the running of the statute of limitations after that foreclosure. While the dismissal of a foreclosure with prejudice will serve to foreclose the lender’s right to readjudicate defaults that served as the basis for that foreclosure, it will not act as a bar to the lender pursuing any future defaults that occur.38

Mr. Bartram’s attempt at imposing a “one-strike and you’re out” rule on Florida lenders was sent packing by the Florida Supreme Court. Florida’s lenders may breathe a bit easier going forward knowing that one failed foreclosure will not immediately start the clock ticking on their ability to foreclose on their collateral going forward. Mr. Bartram’s argument for a windfall has gone the way of Bartman. Each has finally been put to rest.
1 Steve Rushin, There’s a Little Bit of Cubs in All of Us, Time (Nov. 4, 2016), available at http://time.com/4558276/life-books-chicago-cubs-excerpt/.