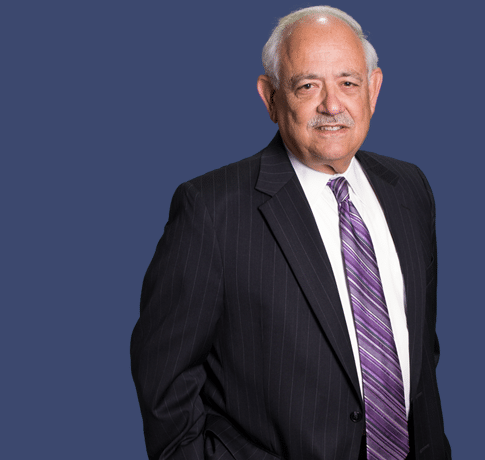 Don Mastry is Featured in Catalyst as He Reflects on a Half-Century of Development in St. Pete

Attorney Don Mastry is the public face of many real estate projects at St. Petersburg City Council and other local government hearings.

Mastry, a shareholder at the St. Petersburg office of the Trenam law firm, represents developers and landowners in zoning and permitting hearings. But he started his career as a tax attorney and became a land use lawyer by accident.

“One day one of my partners was unable to take a hearing and they asked me to go to it,” Mastry said. “I never intended to be a land use lawyer.”

Over the past 56 years, Mastry has taken on high profile and often controversial cases. Among his many cases, he represented Cats Red Apple St. Pete LLC in 2019 when it won approval for a 45-story residential tower, hotel and office development at 400 Central downtown. He also represented Blue Sky Communities and Grace Connection Church last year when the St. Petersburg City Council approved a plan clearing the way for an affordable housing development in the Pasadena Bear Creek area. A legal challenge has put that project on hold.

There have been harsh critics for some of the projects he has represented.

“Sometimes they are not popular with people, but generally they are consistent with the property rights of the landowner and the developer. If I think the client has a valid right and claim to what they are asking for, I’ll represent them. If I don’t agree with them, I won’t represent them,” Mastry said. “They may not like it, but if it’s a permitted use and there are no variances, the property owner should be entitled to develop it according to the code and the ordinances … There’s almost always somebody who has some opposition. Just because they are opposed to it doesn’t mean it’s not valid.”

‘City is better off’
There have been fights over nearly all workforce housing and affordable housing projects in recent years, but controversies over real estate uses are not new in St. Petersburg, Mastry said.

“I remember in the ’70s and the ’80s when there were so many people in the no-growth mindset. We had trouble getting single family homes approved. I represented a number of single family home developments and all of them were difficult.”

Residential developments such as Isla Del Sol at the southern tip of the city, Riviera Bay in the far northeast part of St. Pete, and Placido Bayou off of 47th Avenue in northeast St. Pete, all met with opposition at the time they were being built, Mastry said. “We’ve gone past that and I think the city is better off for the development that has occurred.”

Still, if he could go back several decades, he would have suggested changes in residential development.

“I kind of regret that in the ’50s and ’60s we used so much land for retirement homes and retirees. It was built with roughly four units an acre, single family homes. We didn’t understand that someday there would be a shortage of land and the need to provide housing,” Mastry said. “Today you can build much more efficient homes on the same amount of land that are very nice, and probably as big as the houses that were built or bigger, but we didn’t understand it back then.”

What’s ahead
St. Petersburg real estate is booming now, but it goes through cycles, said Mastry, who was born and raised in the city.

“I think most of the development in the last 25 or 30 years has been good for the city. And I don’t take credit for any of that. I credit my clients for all of that,” he said.

There are two or three luxury residential project in the works right now, but he expects those kinds of developments to decline in in number going forward.

“I think the development will continue to move west. I think units will be smaller and lower in price, whether they are for rent or purchase,” Mastry said. “There seems to be still a big demand for housing in St. Petersburg and we’re out of land so most of it will be on redeveloped sites. There’s also demand right now for industrial space and we’ll see some warehouses.”

Changes to the Coastal High Hazard Area, allowing for additional development with stricter building requirements in low-lying areas, are a positive for the city, Mastry said. In addition, planned redevelopment of the Tropicana Field site will have as big an impact on the city as Carillon Office Park, a residential, office and retail project he worked on several years ago.

“The Trop could be something like that,” Mastry said. “You’ll see mixed use, hotels, retail, recreation, parks. I fully expect the city will expect affordable housing to be one component of it, mixed in with the other housing that will go there.”

Bright future
Mastry grew up in the Crescent Lake area, before it was developed as a park. He’s lived in Riviera Bay for the past 40 years.

At 80 years old, he still works four days a week. He takes most Fridays off and spends many weekends fishing at Boca Grande, although he’s given up his former hobby of competitive sailing.

Overall, St. Petersburg has a bright future, he said.

“We’re blessed with great geography. Our waterfront is fantastic. The downtown is fantastic. The developers see a lot of opportunity here and based on other areas that the developers have come from, our land is inexpensive compared to other places and I think that’s been a real asset for us,” Mastry said. “Those of us from here don’t think it’s inexpensive, but those from out of state or southeast Florida, Miami or Fort Lauderdale, they think it’s a bargain compared to the places they are used to … Sometimes it takes the out of towners to show us what can be done.”