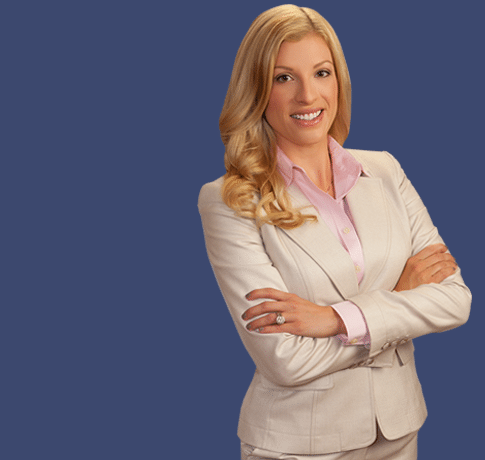 This article was originally published by Law Journal Newsletters in August 2019.

The Bankruptcy Court has the inherent power to impose civil contempt as a sanction for a violation of the discharge injunction. 11 U.S.C. §105. Even though these inherent powers derive from civil contempt, courts have fashioned their own standards for violators of the discharge injunction. The majority of circuits applied an objective standard akin to strict liability to discharge injunction violations. But the Ninth Circuit concluded that a “creditor’s good faith belief” that the discharge order “does not apply to the creditor’s claim precludes a finding of contempt, even if the creditor’s belief is unreasonable.” This circuit split resulted in the Supreme Court’s recent opinion in Taggart v. Lorenzen, 139 S. Ct. 1795, 1799 (2019), which rejected both bankruptcy court approaches. Instead, the Supreme Court decided that “[a] court may hold a creditor in civil contempt for violating a discharge order if there is no fair ground of doubt as to whether the order barred the creditor’s conduct.” Id. at 1799. Although this standard appears to be new, it is more than a century old and “brings the old soil” from civil contempt with it.

The Landscape Before Taggart

The crux of the issue before the Supreme Court concerned “the criteria for determining when a court may hold a creditor in civil contempt for attempting to collect a debt that a discharge order has immunized from collection.” Id. The majority of circuits applied a standard that disregards the creditor’s subjective intent in considering whether a creditor violated the discharge injunction. See e.g., Internal Revenue Serv. v. Murphy, 892 F.3d 29, 34 (1st Cir. 2018); In re Fina, 550 F. App’x 150, 155 (4th Cir. 2014); In re Pratt, 462 F.3d 14, 21 (1st Cir. 2006); In re Hardy, 97 F.3d 1384, 1389–90 (11th Cir. 1996); see also, In re Martin, 474 B.R. 789 (B.A.P. 6th Cir. 2012) (unpublished); In re Culley, 347 B.R. 115 (B.A.P. 10th Cir. 2006) (unpublished). For instance, the Eleventh Circuit in In re Hardy, found that “the focus of the court’s inquiry in civil contempt proceedings is not on the subjective beliefs or intent of the alleged contemnors in complying with the order, but whether in fact their conduct complied with the order at issue.” In re Hardy, 97 F.3d at 1389–90. Likewise, the First Circuit in In re Pratt held that the standard for a willful violation is met “if there is knowledge” of the discharge and “the defendant intended the actions which constituted the violation.” In re Pratt, 462 F.3d at 21. These courts applied a standard that has been described as akin to strict liability because their analyses of discharge injunction violations do not consider the creditor’s beliefs.

The Ninth Circuit’s recent decision was the outlier. In Taggart, pre-bankruptcy, the chapter 7 debtor transferred his interest in an LLC allegedly without providing notice and an opportunity for the other members to exercise their right of first refusal and the other members sued. In re Taggart, 888 F.3d 438, 439 (9th Cir. 2018). On the eve of trial, the debtor filed a chapter 7 bankruptcy. Id. at 441. The state court case was stayed. Debtor received his discharge. After the debtor received his discharge, the state court action continued; the state court judge found the debtor to be a “necessary party,” although no monetary judgment could be awarded against him. Id. The other LLC members prevailed on their breach of contract claim and sought attorney’s fees against debtor, limiting their request to fees incurred after the date of debtor’s bankruptcy. Id. The state court held debtor liable for roughly $45,000.00 in attorney’s fees for returning to the “fray” after the discharge. The debtor moved to reopen his bankruptcy case and sought to hold the LLC members (and their attorney) in contempt for violating the discharge injunction. Id. Several state and bankruptcy court appeals ensued, but it is the ruling of the Bankruptcy Appellate Panel reversing the bankruptcy court’s finding of contempt that was based on the application of a standard akin to strict liability that led to the Ninth Circuit’s decision. The Ninth Circuit affirmed and held that “the creditor’s good faith belief that the discharge injunction does not apply to the creditor’s claim precludes a finding of contempt, even if the creditor’s belief is unreasonable.” Id. at 444 (emphasis added). The Ninth Circuit concluded that the creditor must know that the discharge injunction is “applicable” to the creditor’s claims to be liable. Id.The Ninth Circuit affirmed the BAP’s reversal of the sanctions award because the creditors held a mistaken good-faith belief that the discharge injunction did not apply to their claims. This is the issue that was on appeal to the Supreme Court.

The Supreme Court vacated and remanded, finding that the Ninth Circuit erred in applying a subjective standard to civil contempt for discharge injunction violations. Taggart v. Lorenzen, 139 S. Ct. at 1804. The appropriate standard for imposing discharge injunction sanctions stems from civil contempt’s roots; a court may hold a creditor in civil contempt for violating a discharge order where there is no “fair ground of doubt” as to whether the creditor’s conduct might be lawful under the discharge order. Id. Stated differently, if there is no objectively reasonable basis for concluding a creditor’s conduct might be lawful, then civil contempt may be appropriate. Id.

The Supreme Court read Sections 523 and 105 together. Section 524 provides that a discharge order “operates as an injunction against the commencement or continuation of an action, the employment of process, or an act, to collect, recover or offset” a discharged debt. 11 U.S.C. §524(a)(2). Section 105 authorizes a court to “issue any order, process, or judgment that is necessary or appropriate to carry out the provisions of this title.” 11 U.S.C. §105(a). Bankruptcy Code sections 524 and 105 together operate as an injunction, and authorize a court to impose civil contempt sanctions. Taggart v. Lorenzen, 139 S. Ct. at 1801. And so, the Supreme Court turned to a longstanding interpretive principle to determine the correct standard for discharge injunction violations: when a statutory term is “obviously transplanted from another legal source it brings the old soil with it.” Id. (quoting Hall v. Hall, 584 U.S. ––––, ––––, 138 S. Ct. 1118, 1128, 200 L. Ed. 2d 399 (2018) (internal quotations omitted)). The “old soil” that the bankruptcy statutes bring with them is how courts enforce injunctions with the “potent weapon of civil contempt.” Id. (quoting Longshoremen v. Philadelphia Marine Trade Assn., 389 U.S. 64, 76, 88 S. Ct. 201, 19 L. Ed. 2d 236 (1967)). The Supreme Court reasoned that bankruptcy courts do not have unlimited authority to impose civil contempt sanctions, but rather they are constrained by the “old soil” and traditional notions of equity to determine the same.

In looking to its own 1885 case, the Court held that civil contempt “should not be resorted to where there is [a] fair ground of doubt as to the wrongfulness of the defendant’s conduct.” Id. at 1802 (citing California Artificial Stone Paving Co. v. Molitor, 113 U.S. 609, 618, 5 S. Ct. 618, 28 L. Ed. 1106 (1885) (emphasis added)). This fair ground of doubt for civil contempt standard is rooted on notions of fairness that a creditor should receive notice of what is enjoined before being held in civil contempt. The standard is objective; a party’s subjective belief that it is complying with an order does not insulate from civil contempt if that belief is objectively unreasonable. Id. But that does not mean that subjective intent is irrelevant. For example, a party’s bad faith may warrant imposition of civil contempt sanctions whereas a party’s good faith may assist in determining a presumably lesser sanction.

But the Ninth Circuit departed from the traditional notions of civil contempt. The subjective standard relied too heavily on “difficult-to-prove” states of mind that may lead to creditors attempting to collect discharged debts on shaky grounds. Id. at 1803. But the Supreme Court also reject the standard adopted by the majority of bankruptcy and circuit courts which imposed sanctions if the creditor was aware of the discharge order and intended the actions that violated the order. The Court explained that this standard would operate much like strict liability and impose discharge injunction sanctions irrespective of a creditor’s reasonable good faith beliefs. Id. The Court disagreed that such a standard is fair to creditors who could seek an advance determination, finding that advance determinations would belie the purpose of the discharge injunction and possibly alter who decides whether a debt has been discharged from state courts to bankruptcy courts, usurping state court concurrent jurisdiction.

The SCOTUS opinion of course left something for another day: what effect, if any, this opinion has on the contempt standard for stay violations. Under Bankruptcy Code §362 “an individual injured by any willful violation” of an automatic stay “shall recover actual damages, including costs and attorneys’ fees, and, in appropriate circumstances, may recover punitive damages.” 11 U.S.C. §362(k)(1). Bankruptcy practitioners may have been under the false assumption that the standard for determining contempt liability for a violation of the discharge injunction is the same as the test applied for determining willfulness for violations of the automatic stay. This is because some bankruptcy courts, like the Eleventh Circuit in In re Hardy, for example, held that the two-pronged test to determine willfulness in violating the automatic stay under Bankruptcy Code §362 is “likewise applicable to determining willfulness for violations of the discharge injunction of §524.” 97 F.3d at 1390. Under this test, if the creditor: 1) knew that the automatic stay was invoked; and 2) intended the actions which violated the stay a creditor may be held liable for contempt. Id. (citing Jove Engineering, Inc. v. Internal Revenue Service, 92 F.3d 1539 (11th Cir. 1996)). This standard is precisely what that the debtor in Taggart urged the Supreme Court to adopt in line with the standard applied by the bankruptcy court in finding a violation of the discharge injunction. Taggart v. Lorenzen, 139 S. Ct. at 1803. But the Supreme Court declined to do so and clarified that neither the standard, nor the purpose are the same.

Although the debtor in Taggart argued that Bankruptcy Code §362 has been interpreted to apply a standard akin to strict liability to bolster his argument that such a standard should be applied for discharge injunction violations under Bankruptcy Code §524, the Supreme Court emphasized the distinction in both the language and purpose of both sections. The statutory language in Bankruptcy Code §362(k)(1) that says that “an individual injured by any willful violation” of an automatic stay “shall recover” differs from the more general language in §105(a). Id. at 1804. The Supreme Court also noted that “[t]he purposes of automatic stays and discharge orders also differ: A stay aims to prevent damaging disruptions to the administration of a bankruptcy case in the short run, whereas a discharge is entered at the end of the case and seeks to bind creditors over a much longer period.” Id. The Supreme Court reasoned that the differences in both the language and purpose undermined Taggart’s proposal for the Court to adopt the same standard applied for violations of the automatic stay.