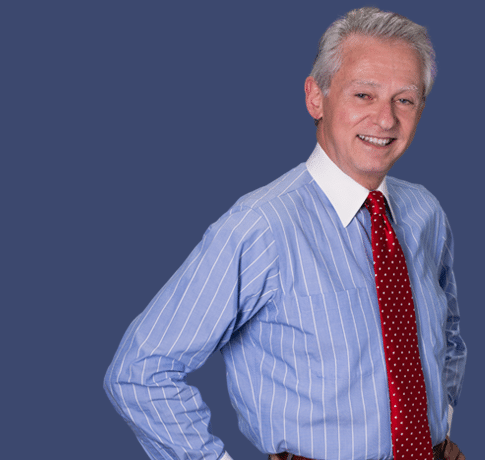 The legal malpractice case looked like a slam dunk: According to the plaintiff’s expert witness, the error was one no experienced lawyer should make; the plaintiff’s expert witness had decades of experience in the area; and, the expert provided a favorable report. At the end of discovery, however, the court granted defense counsel’s motion for summary judgment. The Sixth Circuit affirmed. The sure slam dunk wound up as an air ball. This recent case – EQT Production Co. v. Dale Phillips – has important lessons both for expert witnesses and attorneys who hire experts.

The roots of this case reach back nearly two decades into the oil and gas country of southeastern Kentucky. In 2001, EQT Production Company (EQT) sold or leased certain properties to Journey Acquisition II, L.P. (Journey). After the 2001 transactions, Journey and EQT continued their oil and gas exploration activities in relative harmony until a dispute arose in 2011 as to the ownership of certain property on which EQT was operating. Journey claimed it acquired drilling rights on the property in the 2001 transactions. In the litigation that followed, the jury found EQT had trespassed in bad faith on Journey’s property. After trial, the court entered a final judgment in Journey’s favor for approximately $14 million. EQT’s post-trial maneuverings and an appeal to the Sixth Circuit were unsuccessful.

Before the appeal process was completed, in 2015, EQT filed legal malpractice actions in federal court against the law firms and lawyers that represented EQT in the 2001 transactions and in related post-closing matters. One of the defendants, attorney Dale Phillips of Oil Springs, Kentucky, had provided EQT with title opinions concerning various properties. In particular, one EQT-favorable title opinion concerned the property that was the subject of the Journey litigation with its $14 million adverse judgment. In preparing the title opinion on this property, Mr. Phillips had not reviewed the records that would have disclosed Journey’s leasehold interest.

EQT hired James Kaiser, an attorney with extensive experience rendering title opinions concerning Kentucky oil, gas and coal rights, as its expert witness. The defense did not have an expert witness.

Mr. Kaiser submitted a three-page report favorable to EQT’s position. The report stated that Mr. Kaiser’s firm, in rendering title opinions, always checked the leasehold records and noted that Mr. Phillips failed to check those records. The substantive portion of Mr. Kaiser’s report comprised only two paragraphs, which the court included in its opinion. Pertinent portions of the report appear below:

It is my professional opinion that when EQT Production Company . . . requested an oil and gas title opinion from Wilhoit & Kaiser [Mr. Kaiser’s law firm] . . . . Wilhoit & Kaiser has always certified the oil and gas leasehold estate . . . . Our basis for doing so is to provide the client with a third party assurance of what working interest they hold in the subject lease.

. . . Mr. Phillips opined to and/or certified title to the oil and gas leasehold estate without performing a complete examination of that estate. Performance of such an examination would identify the transfer of the working interest in a lease [to Journey, the entity that sued EQT] . . . .

The reported decisions do not explain whether, as the discovery cutoff neared, plaintiff’s counsel believed the case against attorney Phillips was so strong that there was no need for EQT to add anything to the evidentiary record beyond Mr. Kaiser’s expert report. In hindsight, we can see support for EQT’s tactical approach. The principal elements for a legal malpractice case appeared to be satisfied: Mr. Phillips had an attorney-client relationship with EQT; Mr. Phillips provided a title report that failed to identify Journey’s leasehold where EQT was operating; the jury found EQT guilty of bad faith trespass on Journey’s leasehold rights and awarded Journey a $14 million verdict that EQT had to satisfy.

The district court first reviewed the required elements for proving legal malpractice: (1) attorney-client relationship, (2) evidence of the applicable standard of care for the services in question, (3) breach of the applicable standard of care and (4) damages to the client proximately caused by the breach. The court stated that the defense’s motion for summary judgment would have to be granted if the record, considered in the light most favorable to EQT, could not establish one or more of the elements of legal malpractice.

The parties agreed that the first element, the attorney-client relationship was satisfied.

Turning to questions about the standard of care and breach of the standard, the district court ruled that Kentucky law required an expert opinion to establish legal malpractice for all but the most basic attorney errors. According to the court, the complexities of the title issues triggered the requirement for expert witness testimony.

The district court was not impressed by Mr. Kaiser’s report, describing it as “couched in subjective terms” and “rudimentary.” The court detailed specific failings:

The court next explained how the report’s failings assured noncompliance with the applicable requirements of federal rules of procedure:

Kaiser’s expert report falls far below Rule 26’s requirements. Even a generous reading of Kaiser’s expert report provides no explanation of the standard of care and fails to offer even a conclusory opinion that the Phillips Defendants breached the standard of care, let alone the “basis and reasons” for such an opinion [as required by Rule 26(a)(2)].

EQT’s counsel advised that it planned to remedy any shortcomings in Mr. Kaiser’s report at trial. Such expert opinion repairs might have taken only a few sentences: First, stating that the practices of Mr. Kaiser and his firm in rendering title opinions were, based on Mr. Kaiser’s many years of experience in the area, in accord with the customs and practices of similarly situated competent counsel in the area (thereby establishing the standard of care). Second, stating again based on years of experience in the area, that Mr. Phillips’ failure to research the leasehold records breached the applicable standard of care.

If, as is common for expert witnesses, Mr. Kaiser had been deposed, EQT’s counsel would have been able to supplement the limited substance of his short expert report with appropriate “repairs.” However, Mr. Kaiser was not deposed and EQT’s counsel submitted no additional evidence before the close of discovery.

EQT’s counsel failed to convince the court that, in these circumstances, the deficiencies in the expert report were appropriate for repair at trial. Mr. Kaiser would not be permitted to testify at trial. In the absence of any evidentiary support in the record establishing the elements of the malpractice claim other than Mr. Kaiser’s discredited expert report, the court granted the defense’s motion for summary judgment.

EQT appealed to the Sixth Circuit asserting, among other things, that the district court took an “overly technical” approach in dealing with the requirements of Rule 26.

The issue on appeal was whether the district court had abused its discretion in granting summary judgment for the defendant. In affirming the trial court, Judge Julia Smith Gibbons, writing in March 2019 for the Sixth Circuit, was no less critical of Mr. Kaiser’s expert report than the district court had been a year earlier:

On appeal, EQT again contends that the expert report complies with Rule 26, and that the district court took an overly technical approach in deciding otherwise. EQT also argues that Kaiser should be allowed to testify at trial to cure any deficiencies in the expert report. Finally, EQT again argues that Kaiser’s report is consistent with the opinion of William Davidson, a title attorney who testified about his work providing oil and gas title opinions in the underlying Journey litigation. The district court clearly outlined the deficiencies in Kaiser’s report and did not abuse its discretion by finding the report insufficient under Rule 26(a). (emphasis added)
* * * *
The district court did not abuse its discretion in determining that Kaiser’s report failed to comply with Rule 26 and in deciding to exclude the report under Rule 37 for failure to comply with Rule 26. Therefore, EQT failed to put forth sufficient evidence to create a genuine issue of material fact as to whether Phillips breached his duty to EQT. Accordingly, summary judgment in favor of Phillips is warranted.

The EQT decisions provide three timely reminders for expert witnesses and the attorneys who engage them:

1. Avoid the air ball – follow the requirements of Rule 26. In legal malpractice actions there is continuing vitality in the stated requirements of Rule 26(a)(2) regarding the substantive content of expert reports and the testimony of expert witnesses. Each of the standard of care, breach of the standard and proximate cause, along with the underlying reasons and basis therefore, should be clearly and prominently featured.

2. Make sure you can dunk before game day – your expert may not be an expert about being an expert. Engaging counsel should not assume that a prospective expert witness with deep substantive knowledge (even a practicing attorney) will know how to write a Rule 26 compliant expert report. If, as occurred in this case, the expert failed to include a clear statement in his report that the defendant’s legal services breached the applicable standard of care, the omission should be remedied before providing the report to the other side.

3. Style means nothing if you whiff – there may be consequences for ignoring the rules. There are some pre-trial errors that cannot be erased by a court-endorsed reparative “do over” at trial.