John Vento has been with Trenam since 1981 and has been a Shareholder since 1985. He was named Construction Litigation Lawyer of the Year 2014 in Tampa by Best Lawyers in America and has been consistently ranked by Super Lawyers in the top 100 in Florida and top 50 in Tampa Bay for construction law. John is Florida Bar Board Certified in Construction Law and is a Florida Supreme Court Certified Civil Court Mediator. He has also been certified as a Mediator by the United States District Court for the Middle District of Florida. John has been an Arbitrator with the American Arbitration Association since 1982 and serves on the Complex Case and Construction Panels.

Prior to joining the firm, John was a Judge Advocate on active duty with the U.S. Air Force, including an assignment as Assistant Law Professor at the U.S. Air Force Academy. While in the Air Force Reserve, John served as an Adjunct Professor of Law at the Air Force’s Judge Advocate General’s School, which published the handbook he authored on Contingency Contracting and Fiscal Law and where he taught procurement law. Upon his retirement in the rank of Colonel, John was awarded the prestigious Legion of Merit Award. 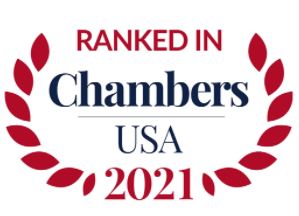